Are You Smoking the ‘Real’ Sour Diesel?

Let’s talk about Sour Diesel, the legendary strain that every cannabis enthusiast worldwide has tried at least once.

Sour D is commonly described as a sativa-dominant hybrid strain whose origins date back as far as the 1990s. An old-school strain, the original breeder of Sour Diesel is unknown (though much of the cannabis community credits AJ—short for “Asshole Joe”—for its creation). Its genetics are also unknown, but it’s widely believed that Sour Diesel is influenced by Chemdog 91 and Super Skunk.

Most consumers associate Sour Diesel with gas aromas and an uplifting, energetic high. But have you ever noticed inconsistencies in its aroma, flavor, and effects? Like a bored Bill Murray, Sour Diesel’s qualities can be all over the place. Why?

Selecting a Cannabis Phenotype: How to Get the Best Version of Your Strain

This could be due to:

With its murky origins and genetics, there’s no easy way to authenticate which version is the “real” Sour Diesel. All we know for sure is that are multiple “Sour Diesel” chemotypes found in lab data sourced on the West Coast. 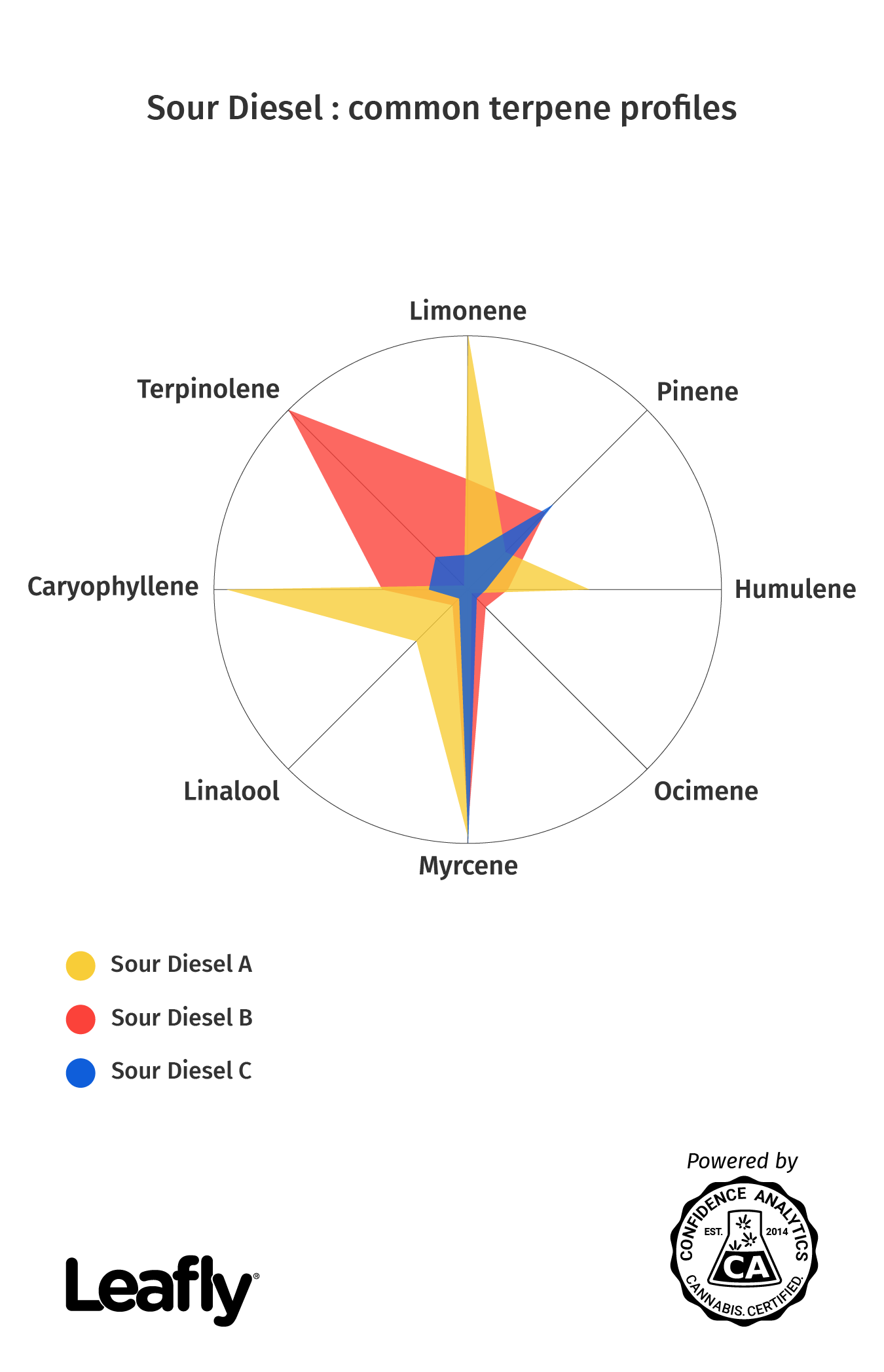 A chemotype refers to the chemical expression of a cannabis plant. Included in a plant’s chemotype are cannabinoids like THCA, THC, CBDA, and CBD. The other part of a plant’s chemotype is the terpene profile, which refers to the aromatic compounds that produce a plant’s fragrance and flavors and potentially influence its effects. With multiple Sour Diesel chemotypes and their varying terpene profiles, you may find that not every “Sour Diesel” affects you the same way. 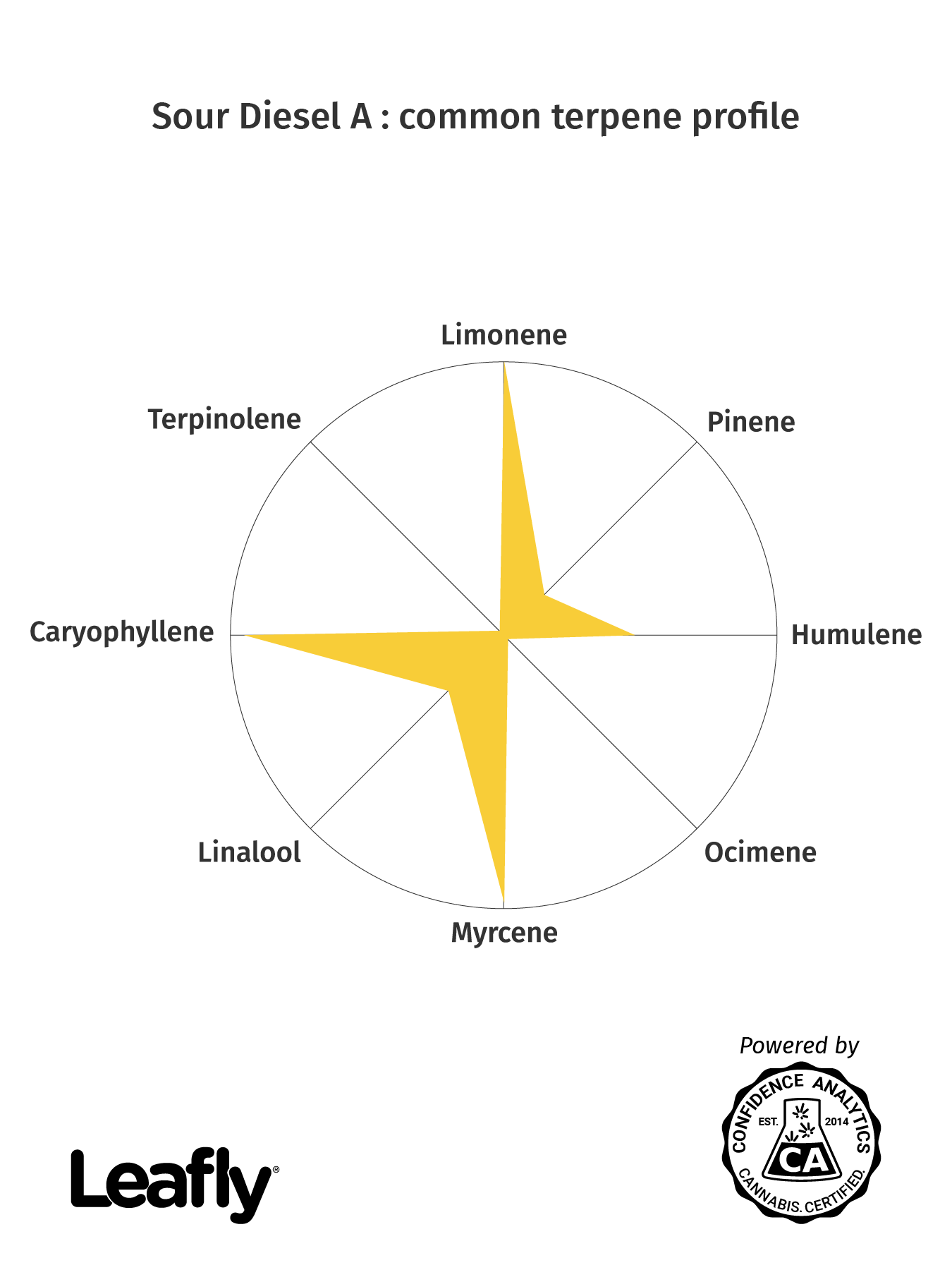 The first chemical expression consistently found in lab data—what we’ll call “Sour Diesel A”—is limonene-dominant, followed closely by an abundance of caryophyllene and myrcene. Though these are the three most prominent terpenes, this chemotype is also influenced by linalool and pinene.

It’s important to remember the effects of cannabis are a combination of these terpenes acting as one, not just a car full of terpenes with limonene in the driver’s seat. 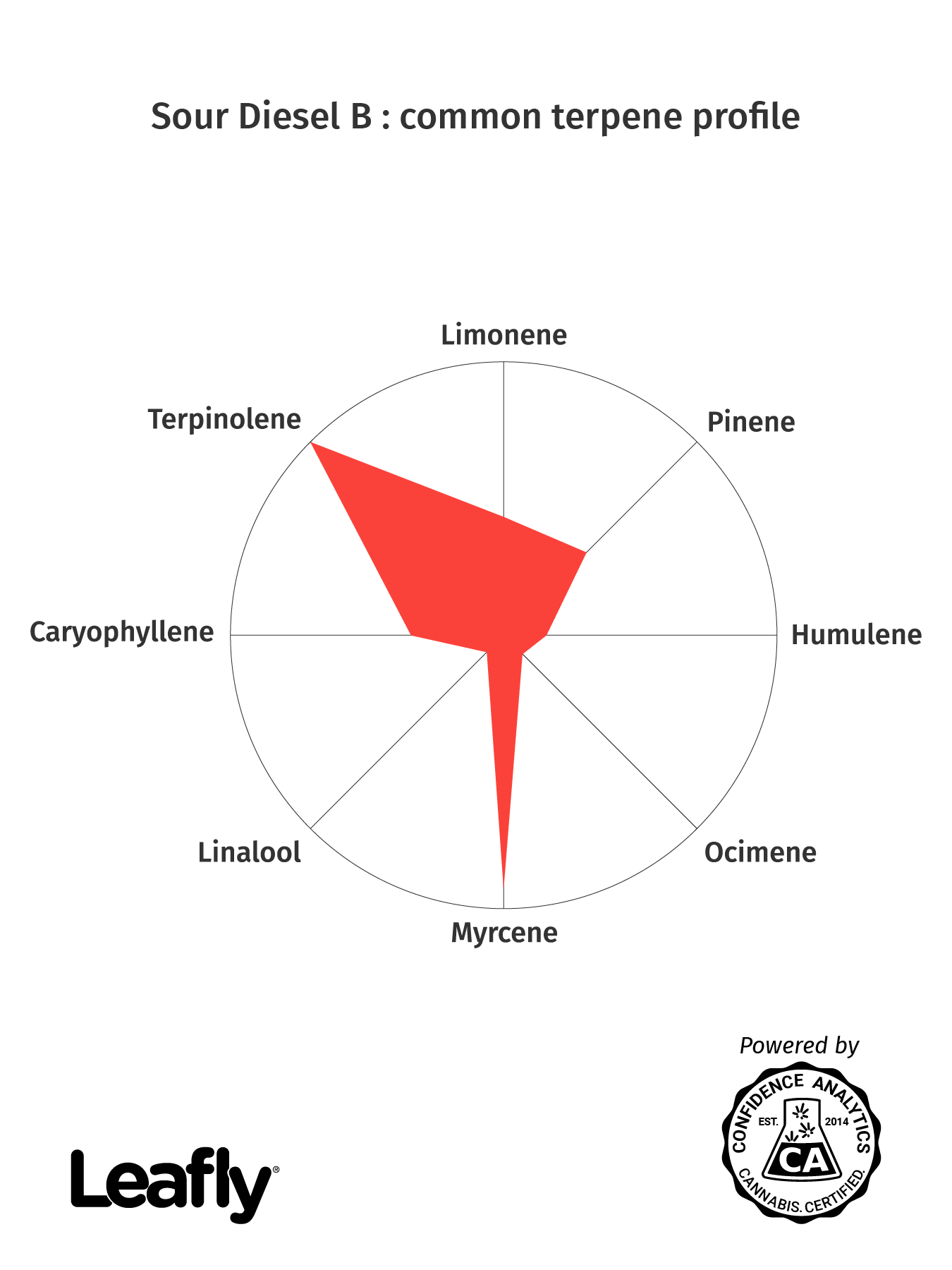 “Sour Diesel B” is terpinolene-dominant, with secondary and tertiary terpenes of myrcene and pinene. Like Sour Diesel A, Sour Diesel B is a cornucopia of different terpenes, including caryophyllene, humulene, linalool, and ocimene. With a terpene profile that looks nothing like Sour Diesel A’s, you might expect to find a different set of effects and aromas entirely. 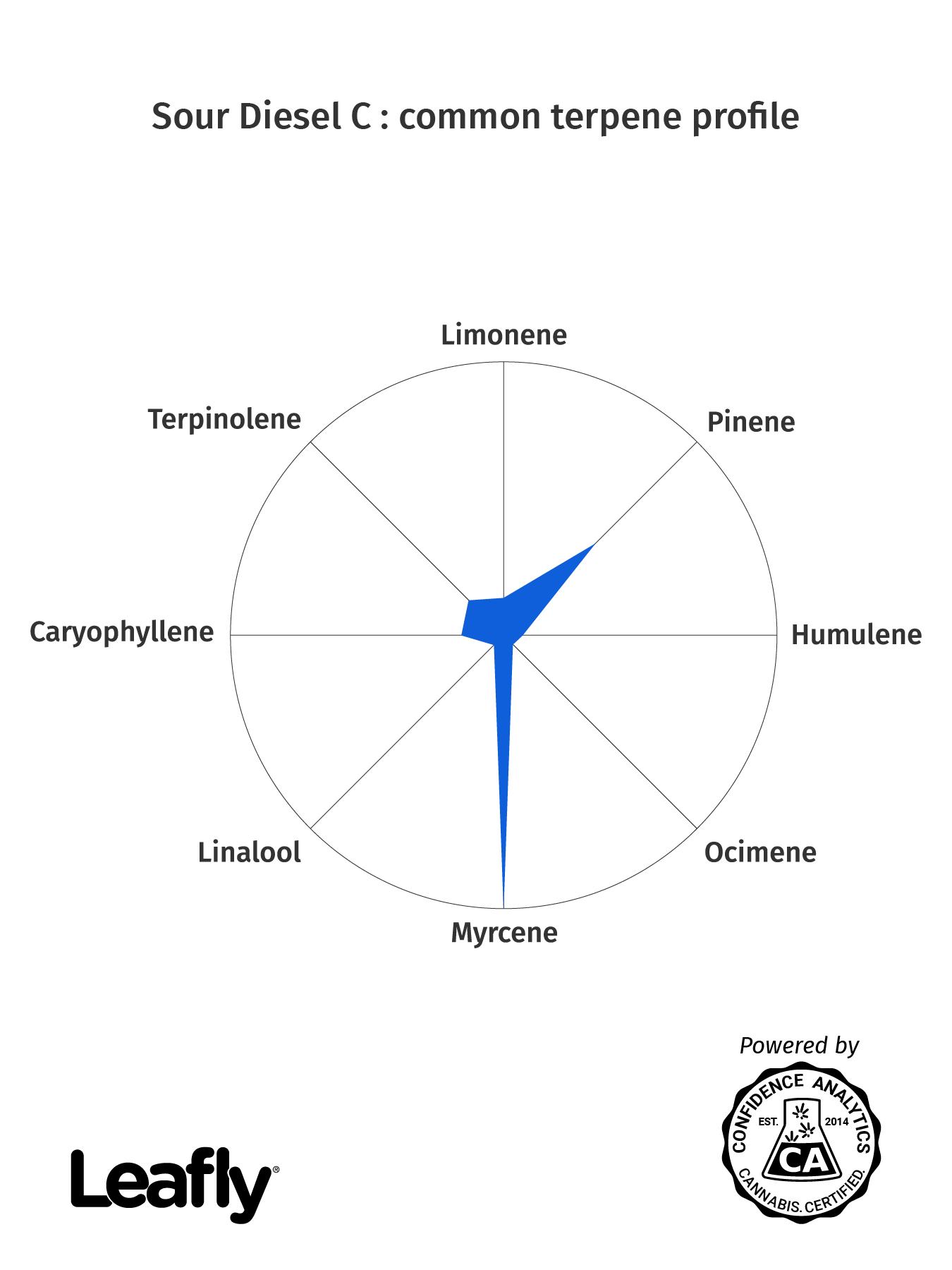 The biggest takeaway from this debacle is that strain names are not as real as the chemical data behind them. Seeing “Sour Diesel” written on a label isn’t a surefire indicator of the effects or flavors to come, beyond the influence of the placebo effect. But knowing which arrangement of cannabinoids and terpenes meet your needs can help you find the chemotype that hits the sweet spot.

This all highlights a larger issue in cannabis, which is genetic authentication. With so many new named hybrids sprouting every day, chemical data plays an increasingly important role in figuring out what any given strain has in store for you. While some strains exhibit more chemical consistency than others, Sour Diesel is a prime example of how lab-verified data can help identify problematic inconsistencies attached to popular strain names.

Dante Jordan is a former Leafly Associate Subject Matter Expert and current freelance cannabis writer living in Seattle, WA. He specializes in content about cannabis strains, culture, and education. Reach him at dantenetworks@gmail.com or on Instagram: @dante_jordan.