What were the most popular strains on 4/20? 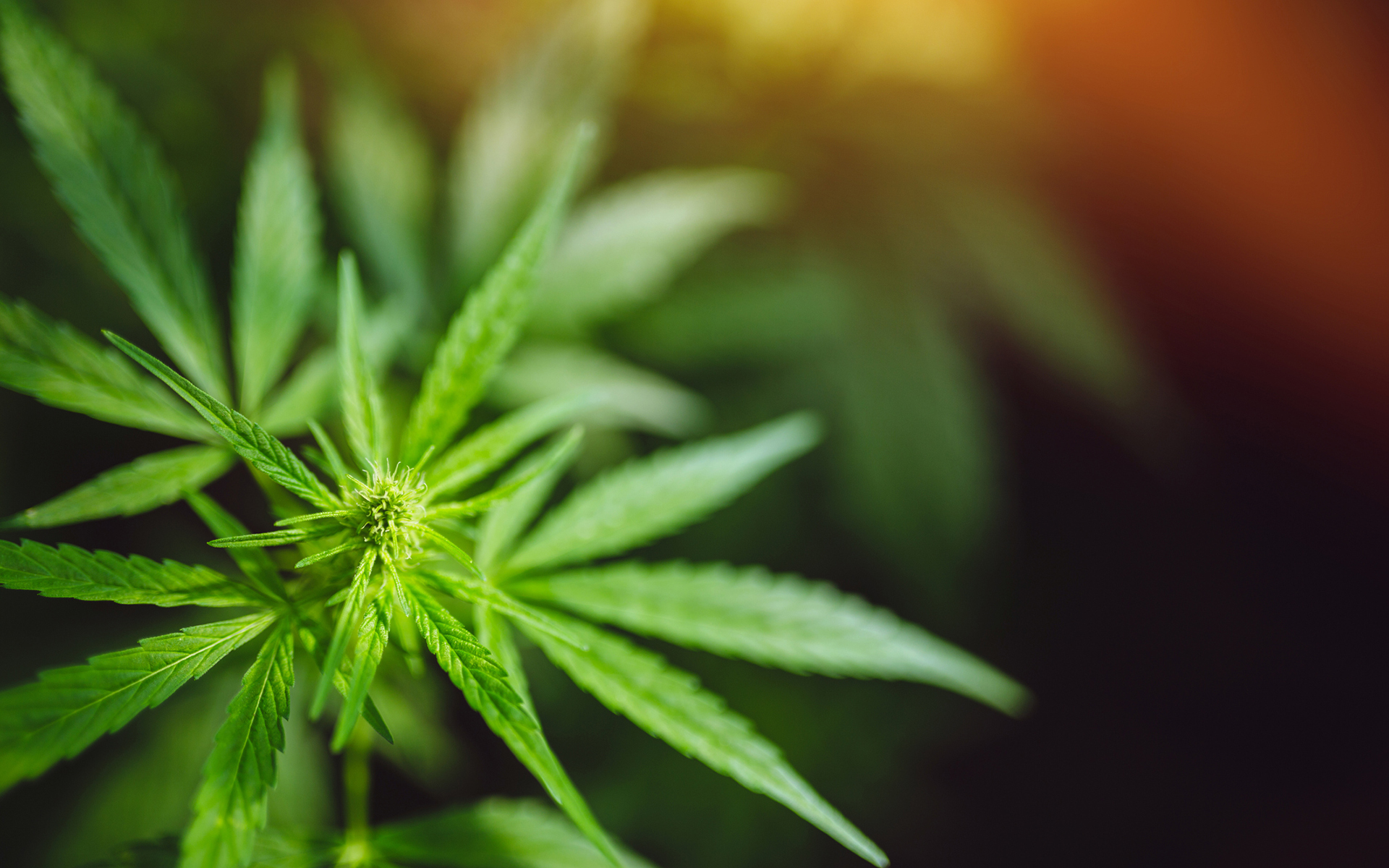 (iStock)
With another 4/20 in the books, we at Leafly took a peek to see which strains our visitors were most curious about on the most cannabis-friendly day of the year. In case you want to keep the celebrations going through the weekend, here are the top 10 strains that were searched for throughout the day.
Related 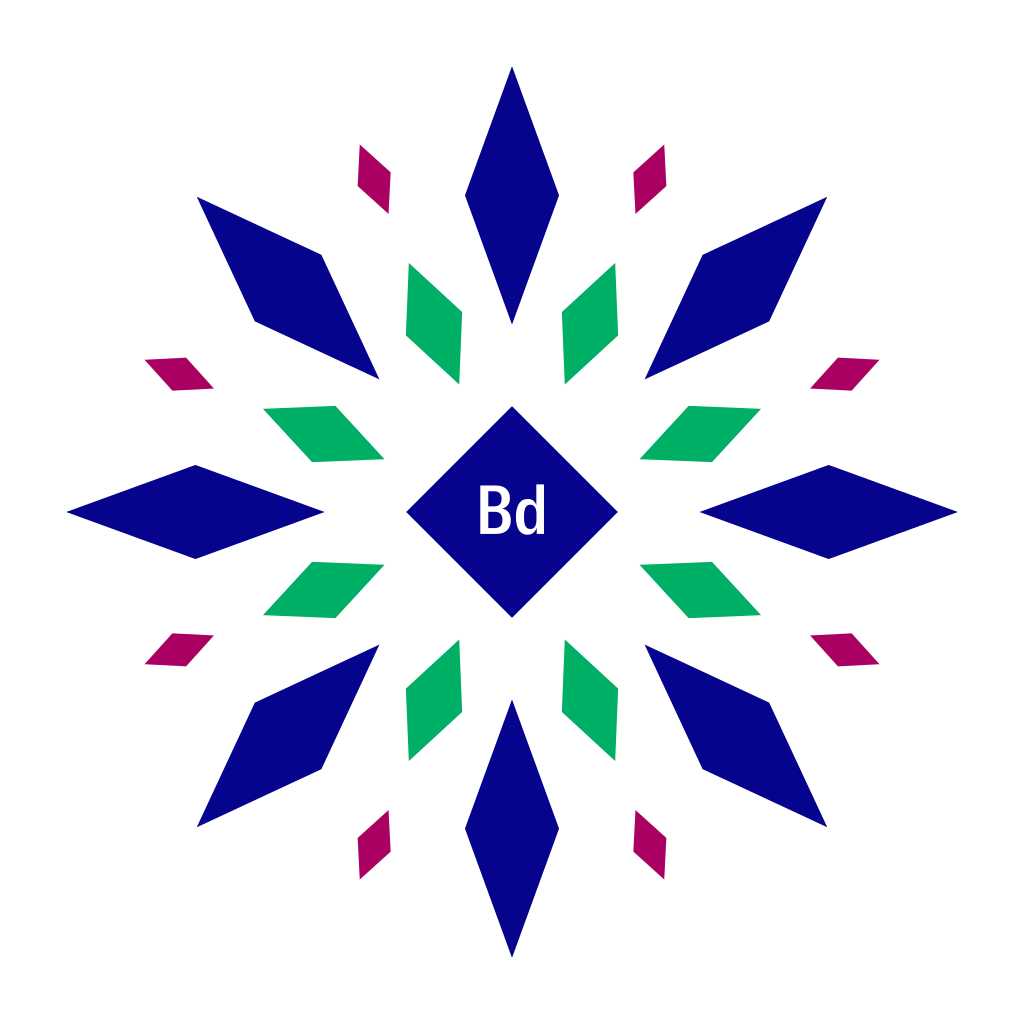 No real surprise here, Blue Dream has been one of the top strains on Leafly from day one, and continues to be one of the most popular and well-known cannabis strains in the world. The strain is a sativa-dominant hybrid originating in California, achieving legendary status among West Coast strains. Blue Dream balances full-body relaxation with gentle cerebral invigoration.

The “Bayer” aspirin of bud that should be in every medicine cabinet. Smoking is slightly blueberry and harsher then expected. Vaporized it’s smooth and has a perk up and get er done benefit. Nice well rounded, daytime medication that is not sedating. – Free_Byrd 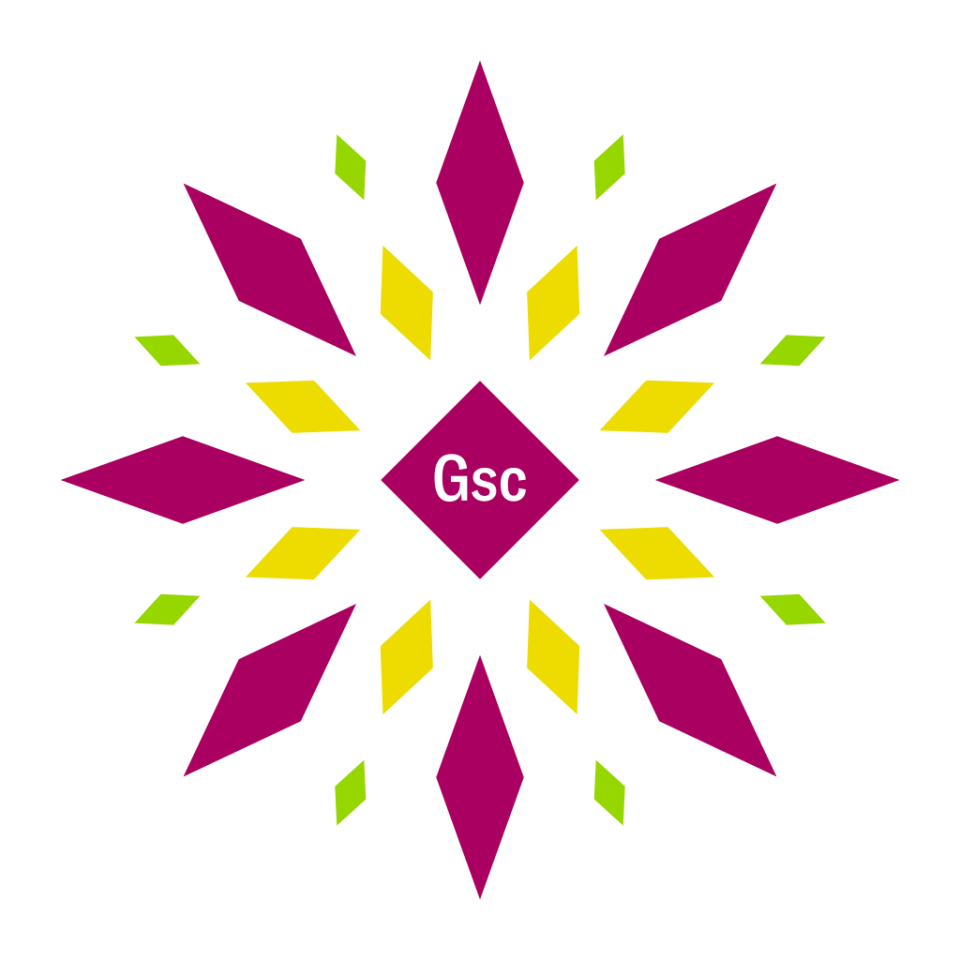 Another popular strain among Leafly users, GSC, or GSC, is an OG Kush and Durban Poison hybrid cross whose reputation grew too large to stay within the borders of its California homeland. GSC launches you to euphoria’s top floor, where full-body relaxation meets a time-bending cerebral space. A little goes a long way with this hybrid, whose THC heights have won GSC several Cannabis Cup awards.

This is one of my favorite strains!!! I am a daily user and the effects for me are very strong and intense and, very enjoyable. For me, mostly a head high. It makes me talkative, happy, goofy and generally in good spirits. – kimdavis3 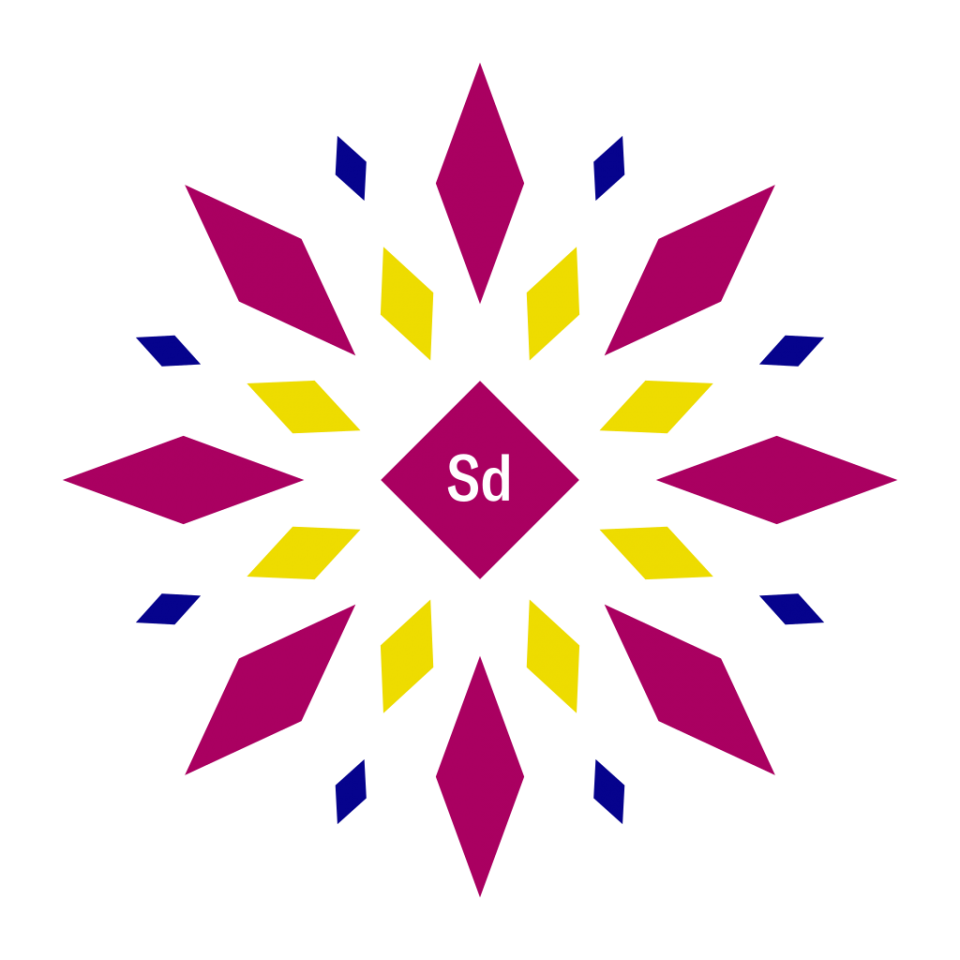 Sometimes known as Sour D (and one of my preferred cannabis strains), Sour Diesel is an invigorating sativa-dominant strain named after its pungent, diesel-like aroma. This fast-acting strain delivers a punch of energy, along with dreamy cerebral effects that have pushed Sour D to its legendary status. Main medical uses for this strain include dealing with stress, pain, and depression. The strain is believed to have descended from Chemdog 91 and Super Skunk.

Another of my personal favorites. Extremely cerebral whenever I consumed it, but, as many others have pointed out, there really is no “couch-lock.” It makes your frontal lobe act in ways you could never have imagined. It’s almost like Sour Diesel is a key, a key that opens up whole realms of your mind that you were once ignorant of. A++ Will smoke again. – Dr. Zimbardo 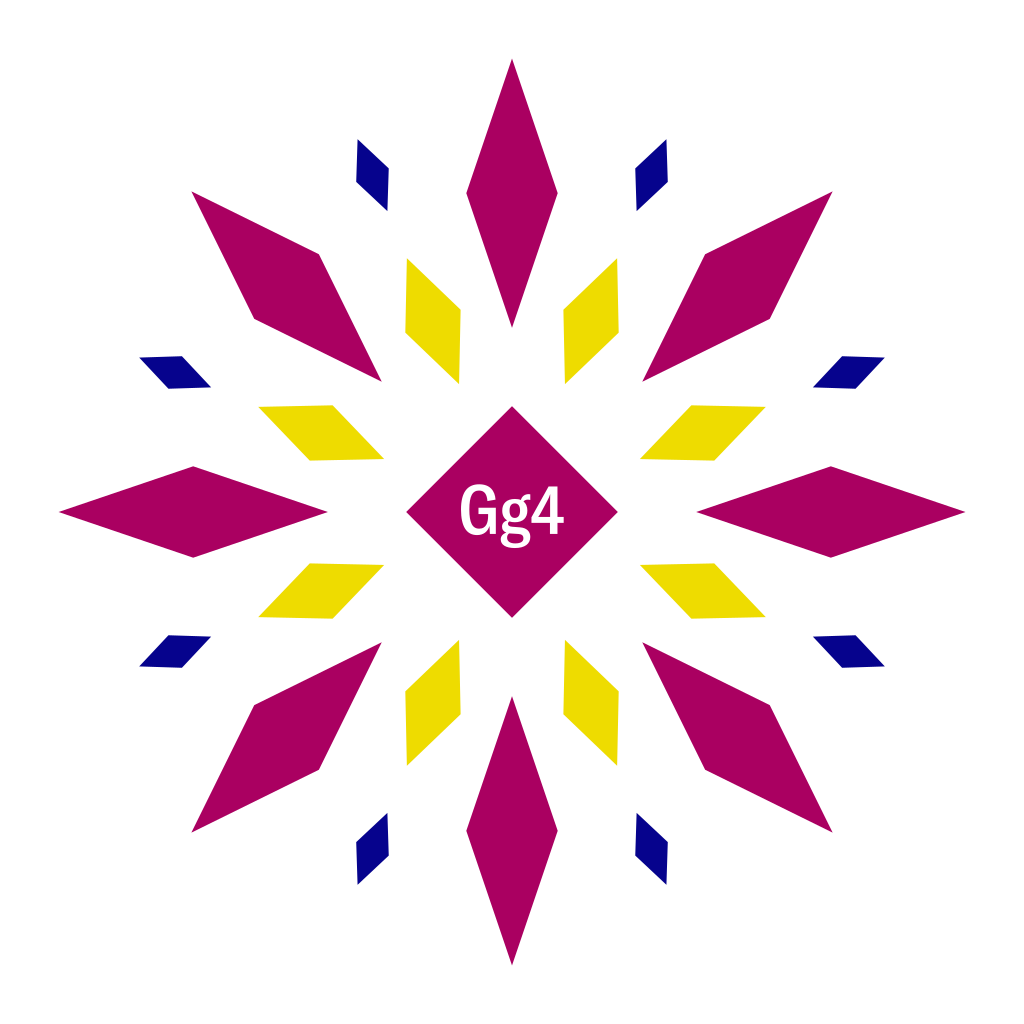 A rapid riser among Leafly users, Original Glue developed by GG Strains, is a very potent hybrid strain that delivers heavy-handed euphoria and relaxation, leaving you feeling “glued” to the couch—hence its name. It has chunky, resin-covered buds that fill the room with a pungent earthy and sour aroma, which are inherited from its parent strains, Chem’s Sister, Sour Dubb, and Chocolate Diesel.

This strain has provided me with one of the more intense body and head highs of any strain that I have reviewed to date. The high came on almost immediately, and was pretty intense in terms of its psychedelic intensity, the body high was great also, I felt lethargically focused, if that makes any sense. I was in full effect of the indica part also, and here is what I mean. I needed a seat belt for reality, but I was intensely focused on the movie I had on, “The Big Lebowski”. – chronicallymedicated 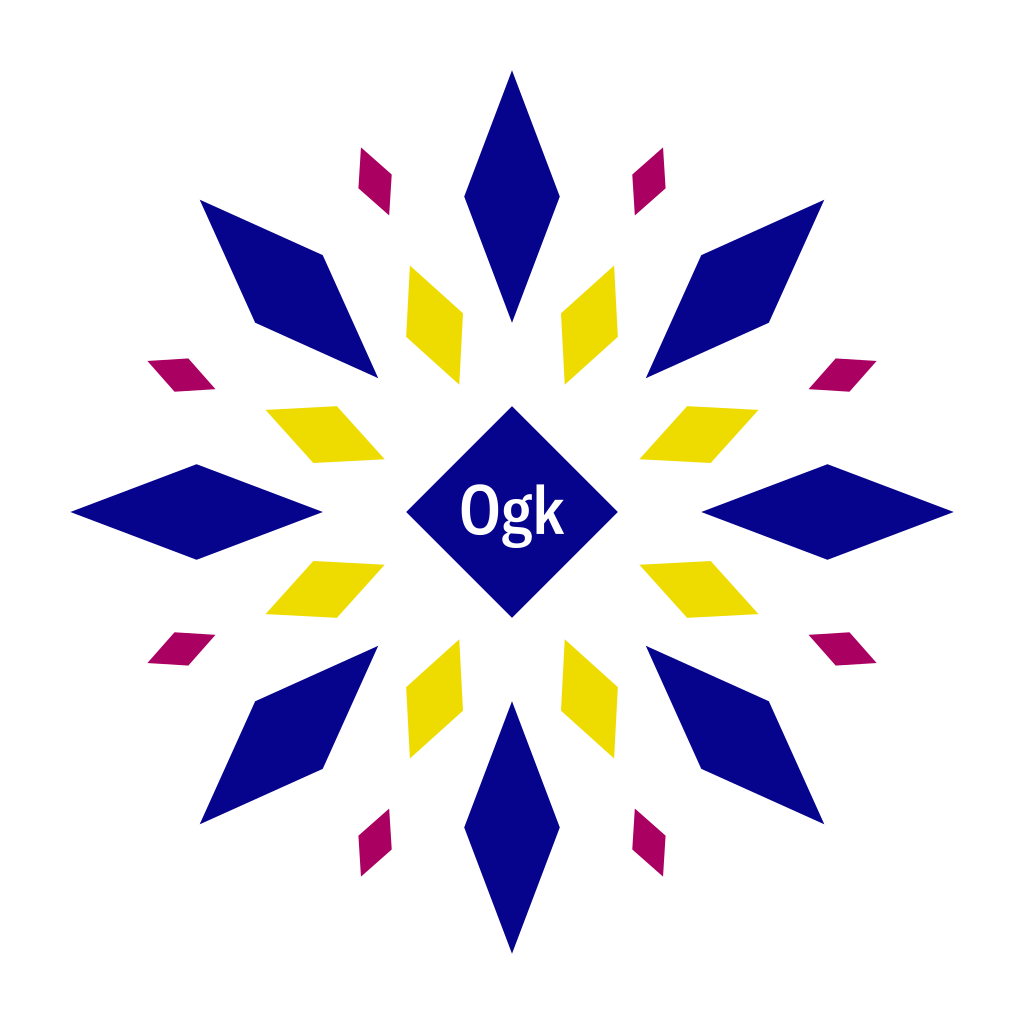 This cannabis strain makes up the genetic backbone of West Coast cannabis varieties, but despite its ubiquity, OG Kush’s genetic origins remain a mystery. Popular in pop culture, as you’ve probably heard its name dropped in a rap song or two, OG Kush is cherished for its ability to crush stress under the weight of its heavy euphoria. It carries an earthy pine and sour lemon scent with woody undertones, an aroma that has become the signature of OG Kush varieties and descendants.

These nugs were dark and massive, fairly dense with a piney chocolate smell and covered in orange hairs and crystals. Overall it looked like the definition of DANK, very difficult to bust up too. But the high was something else, very uplifting and social buzz kicks in within a few minutes followed by euphoria and body buzz, powerful and very talkative high. A MUST TRY!! dont pass it up, its a beautiful strain! – flyguywill 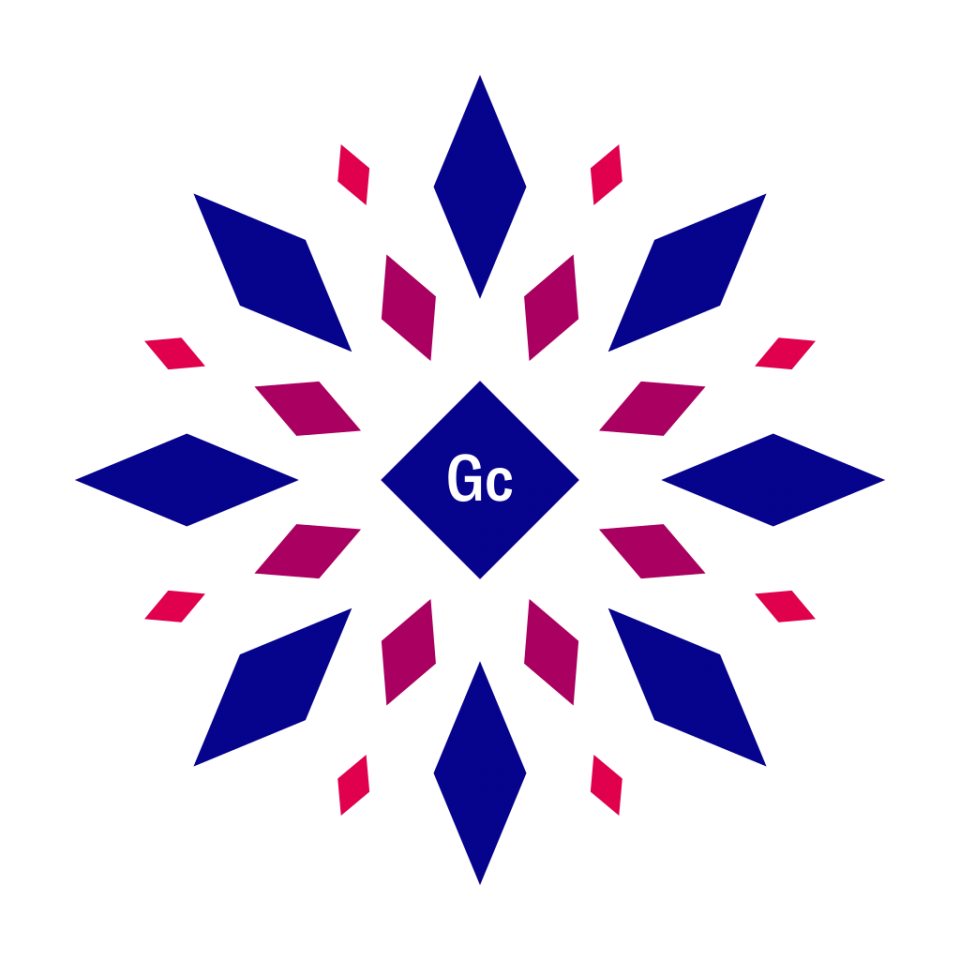 First of all, don’t let the name fool you… or scare you away. This is purely cannabis, and a kick-ass cannabis strain at that. Few strains compare to Green Crack’s sharp energy and focus, as it induces an invigorating mental buzz that keeps you going throughout the day. With a tangy, fruity flavor redolent of mango, Green Crack is the perfect daytime medication for patients treating fatigue, stress, and depression.

one of the best strains you can get your hands on. GC is always know to provide effects for even veteran consumers after only a few hits. GC is a crowd favorite due to its high potency and overall cerebral invigoration. If you love that energetic, happy, euphoric-uplifted feeling then this is the perfect sativa for you – mjl9694 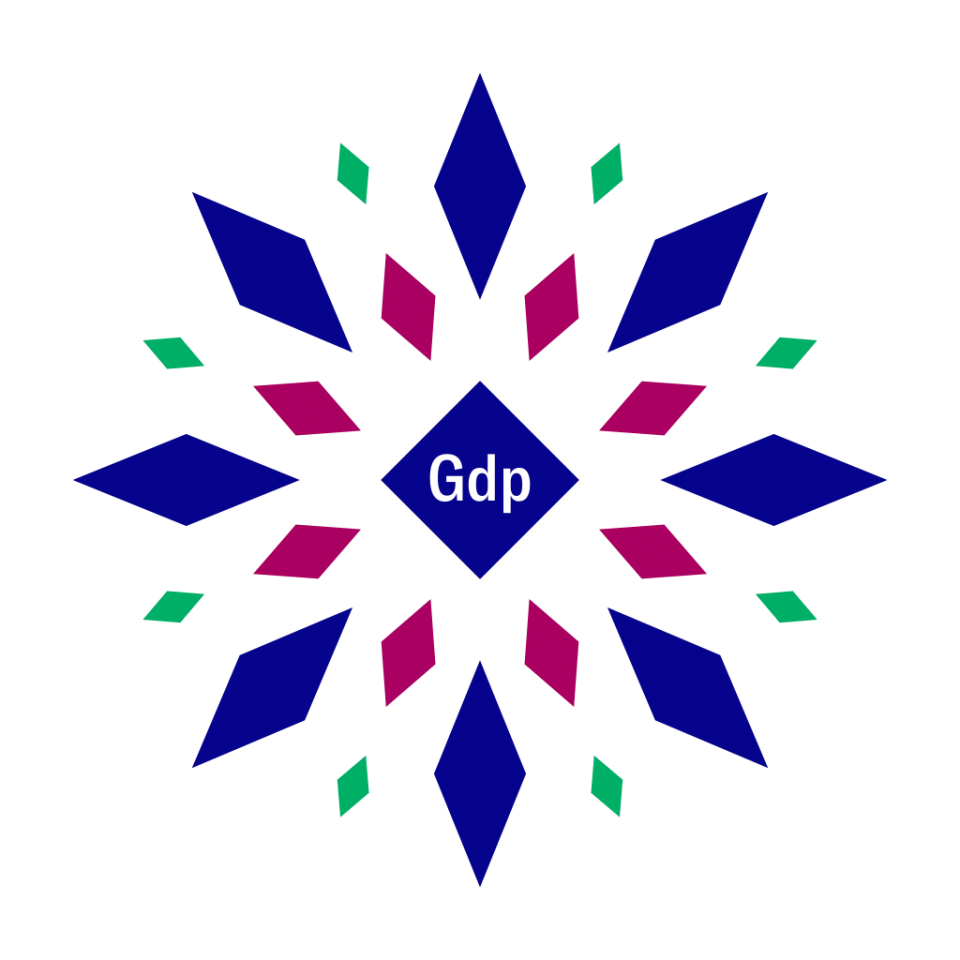 A legend throughout the cannabis industry, Granddaddy Purple was introduced in 2003 by Ken Estes. Also known as GDP, it’s a famous indica cross between Purple Urkle and Big Bud. This California staple inherits a complex grape and berry aroma from its Purple Urkle parent, while Big Bud passes on its oversized, compact bud structure. Its potent psychoactive effects are clearly detectable in both mind and body, delivering a fusion of cerebral euphoria and physical relaxation. While your thoughts may float in a dreamy buzz, your body is more likely to find itself fixed in one spot for the duration of GDP’s effects.

The taste is so sweet. The smoke is thick and heavy with the sweet under taste. Nice! 5 minutes later….nothing. No effects whatsoever. 10 minutes in, my only effect was boredom. No! 15 minutes in, I decided I must have inhaled wrong or something. 17 minutes in, just as I was going to grab the bong for another go HELLO GRANDDADDY! To say I was stoned would be an understatement. I’m pretty sure my butt melded with the couch. – hellykitty7757 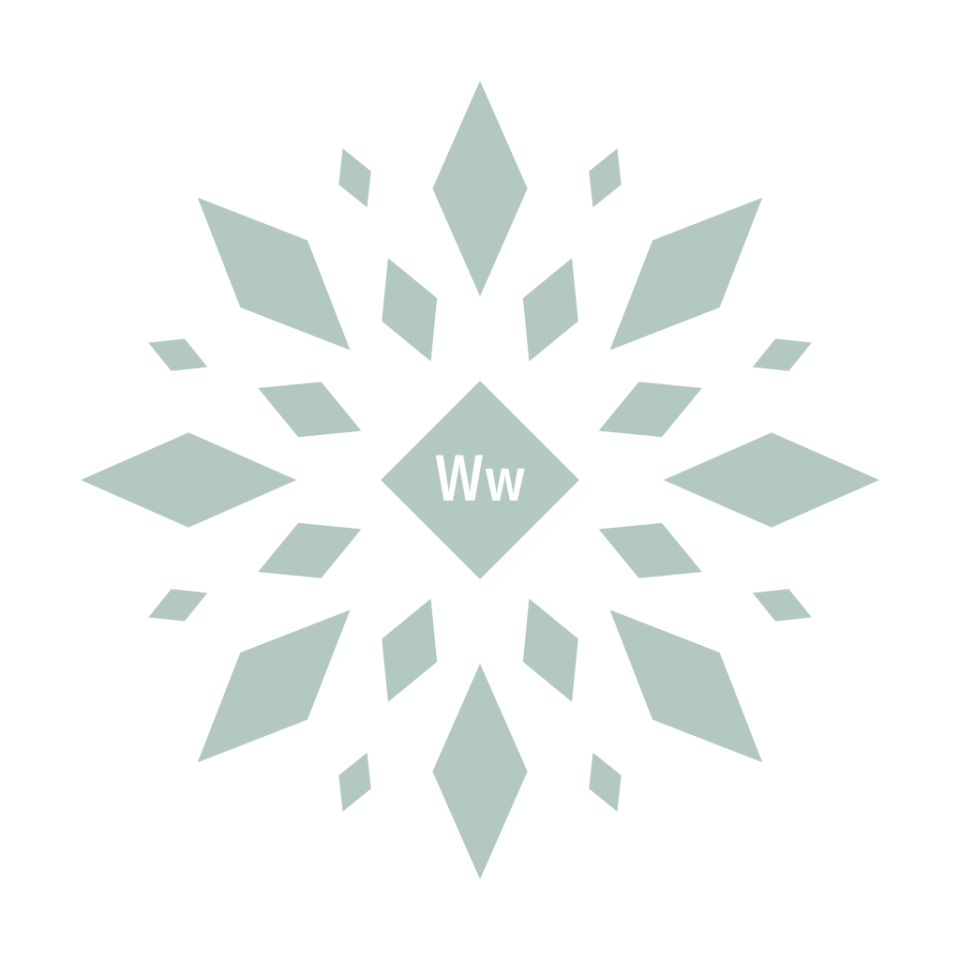 Another strain that is known worldwide, White Widow is a balanced hybrid bred in the Netherlands by Green House Seeds. A cross between a Brazilian sativa landrace and a resin-heavy South Indian indica, White Widow has blessed Dutch coffeeshop menus since its birth in the 1990s. Its buds are white with crystal resin, warning you of the potent effects to come. A powerful burst of euphoria and energy breaks through immediately, stimulating both conversation and creativity.

White Widow is the perfect daytime smoke, great for if you need to medicate but yet also get some things done. Just be careful it will make you smile if you smoke too much it will give you a permagrin and make you laugh! – willwork4bud 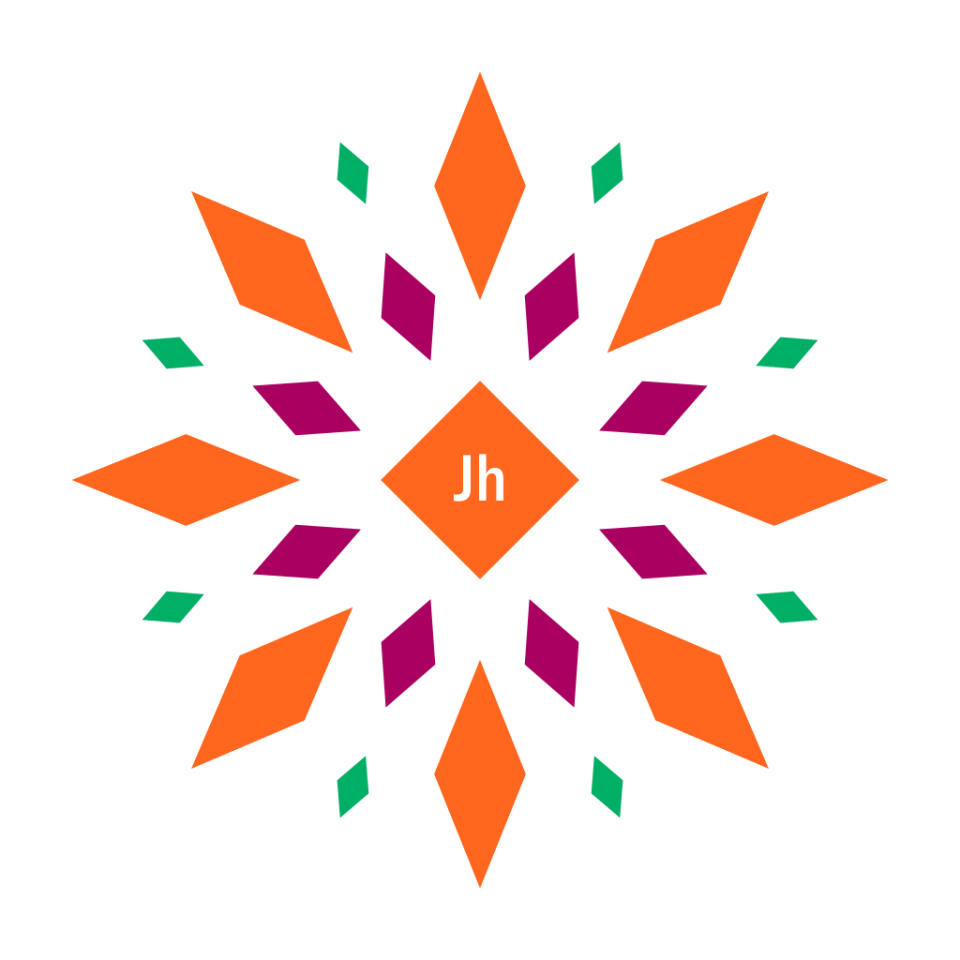 Jack Herer is a sativa-dominant cannabis strain that has gained as much renown as its namesake, the marijuana activist and author of The Emperor Wears No Clothes. Combining a Haze hybrid with a Northern Lights #5 and Shiva Skunk cross, Sensi Seeds created Jack Herer hoping to capture both the cerebral elevation associated with sativas and the heavy resin production of indicas. Jack Herer was created in the Netherlands in the mid-1990s, where it was later distributed by Dutch pharmacies as a recognized medical-grade strain.

Jack Herer is my morning medicine. I take it daily every morning before work, and it turns me into a happy, focused, energized person completely capable of working and talking to people without tripping over my tongue. I was severely depressed for several months, then I started taking Jack every morning and my world view changed completely. – dbvapor

Bubba Kush is an indica strain that has gained notoriety in the U.S. and beyond for its heavy tranquilizing effects. Sweet hashish flavors with subtle notes of chocolate and coffee come through on the exhale, delighting the palate as powerful relaxation takes over. From head to toe, muscles ease with heaviness as dreamy euphoria blankets the mind, crushing stress while coercing happy moods.

Effects are classic indica; sleepy hungry and happy. A moderate dose results in a feeling just short of couchlock, allowing you to stay mobile, but at the same time making you chair feel insanely comftorable. The high left me clear headed, I was able to respond well and carry on an intelligetnt conversation. At the same time i was also able to enjoy the music that was playing. – highdealist 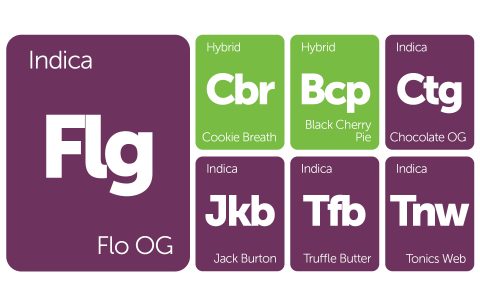 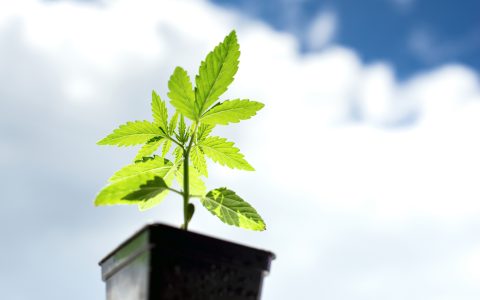 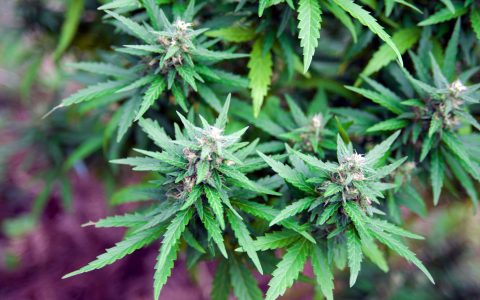 10 Sibling Strains (And Their Parents) 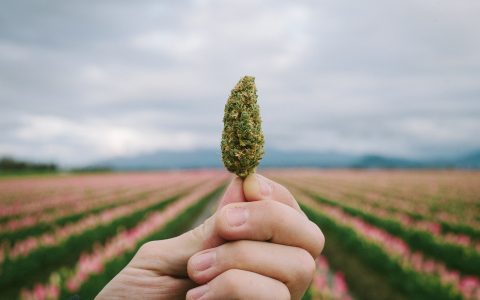